At the beginning of the pandemic, I decided to take up the hobby of 3D printing. What started as a general interest in creating things that I could enjoy has become a rewarding and challenging hobby.

I was largely inspired by Chris Pirillo, a former employer of mine and a friend for more than a decade. He was reluctant to start 3D printing, calling himself a collector rather than a maker. It was on one of his nightly Twitch streams that he started talking to members of the 3D printing community where he learned how easy it was to create Star Wars figures of his very own.

He received a Prusa Mini+, a popular 3D printer made by Prusa Research. From the first assembly, I was hooked. It really did look like an accessible hobby, after all!

Getting started with 3D printing was not without its surprises. Getting the printer to produce quality prints itself is a challenge, and a successful print feels a little like getting a reward for a job well done.

I have used four different 3D printers. A Qidi X-Pro, Creality Ender 3 v2, AnyCubic Vyper, and an AnyCubic Photon Mono 4K. Each one of them has its own set of pros and cons, as well as its own strengths that set them apart from one another. It's a hobby that easily draws you in and makes you want to see how far you can take it. 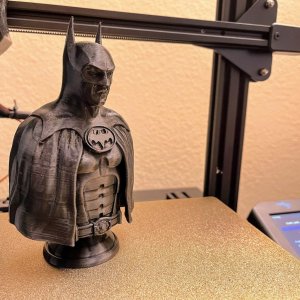 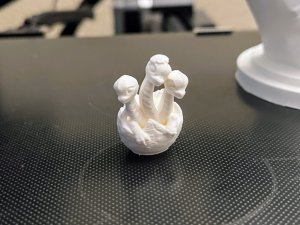 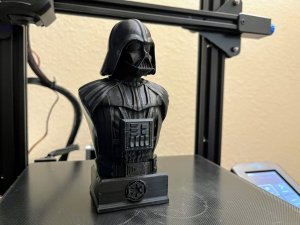 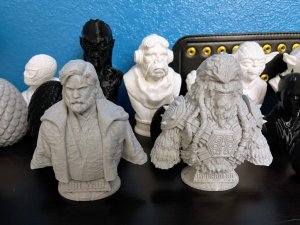 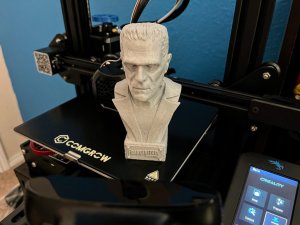 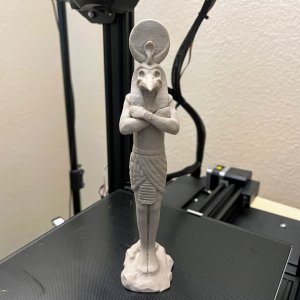 3D Printing Gets a Bad Rap

For a lot of people, 3D printing has the stigma of many news stories about people printing guns and knives at home. These stories are greatly over-exaggerated since the type of plastic used to create a 3D print would simply not stand up to the heat and stress required for a firearm to operate. Sure, you could print parts of a gun, such as a handle, but that isn't the same as printing a functional firearm. While yes, it is technically possible, it's much harder and more susceptible to catastrophic failure than a professionally-made firearm.

That said, you can technically print weapons on a 3D printer. Knives aren't particularly difficult to print, and though they'd be made out of plastic, they can be sharpened to an effective edge.

Others might argue that the hobby is too difficult, or too expensive. A good-quality 3D printer can be purchased for less than $200 USD, and while there are certainly challenges involved with getting started, the learning curve is not as steep as it used to be. Some printers, such as those made by Prusa, are relatively plug-and-play with very little necessary tweaking or adjustments after initial setup.

The learning curve that comes with 3D printing is possibly the single largest barrier for some and draw for others to the hobby. 3D printing is an excellent hobby for makers and tinkerers that love to dial in settings and feel a direct connection to the creative process. It's the challenge of producing the perfect print given the right filament, temperature, print speed, leveling, z-distance, and dozens of other factors that makes 3D printing such an appealing undertaking.

The 3D model files are only a small part of the experience of creating something. Talented artists create extraordinary models, but it's the individual that slices the model and prepares it to be printed on their machine that makes or breaks a successful print.

Does this mean that 3D printing is super difficult? No. The technology behind 3D printers has evolved so much in recent years, that a lot of the guesswork is practically done for you by the printers themselves. Some printers have automatic leveling, filament sensors that detect when you've run out of filament, and other useful features that help the user avoid failure.

The hobby of 3D printing is not without its rewards. A successful print is a physical reward in itself! Whether you're printing functional objects like containers or decorative pieces like busts and miniatures, your efforts are rewarded with something you can use and/or show off.

For folks that get deep into the hobby, it can even open the door for a career path. There are plenty of hobbyists that turned their passion for 3D printing into a money-making business on sites like Etsy.

For me, the greatest reward is being able to create something that no one else has. Every print is unique. While sure, you can print more than one copy of a model, every printed object in itself has its own unique fingerprint. That's what makes it beautiful.

As an Amazon Associate I earn from qualifying purchases.

RyanMPierson.com was with by Ryan Matthew Pierson.